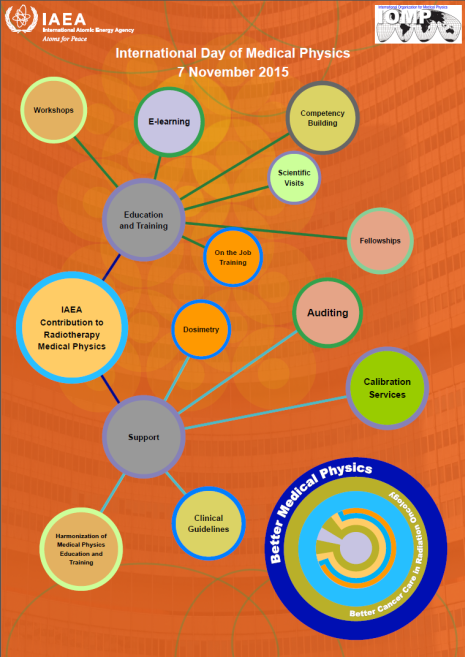 Medical physics is an integral part of radiation therapy. The impressive progress in radiation oncology over the last decades has been largely due to the improvement of our ability to deliver higher radiation dose to the tumour while minimizing the dose to surrounding healthy tissue.

However, the general public is not generally aware of the critical role medical physicists play in providing services in radiation oncology departments. To raise awareness about the role of medical physicists, the International Organization for Medical Physics (IOMP) organizes annually the International Day of Medical Physics (IDMP) on November 7, an important date for medical physics. On that day in 1867, Marie Sklodowska-Curie, known for her pioneering research on radioactivity, was born in Poland. We celebrate the 3rd IDMP on November 7, 2015. The theme of IDMP 2015 is ‘Better Medical Physics = Better Cancer Care in Radiation Oncology’.

The IAEA participated in this year’s celebration on Friday November 6, 2015 at the IAEA Headquarters in Vienna. More than 50 professionals, mostly Medical Physicists from around the world were present to celebrate this special day along with the IAEA staff. 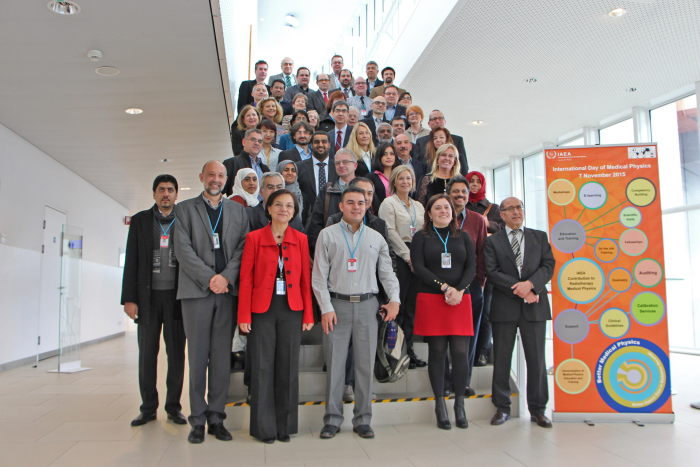