The Journey of the Ionization Chamber

The ionization chamber in the Primary Standards Dosimetry Laboratory: the role of the PSDL

The role of SSDL 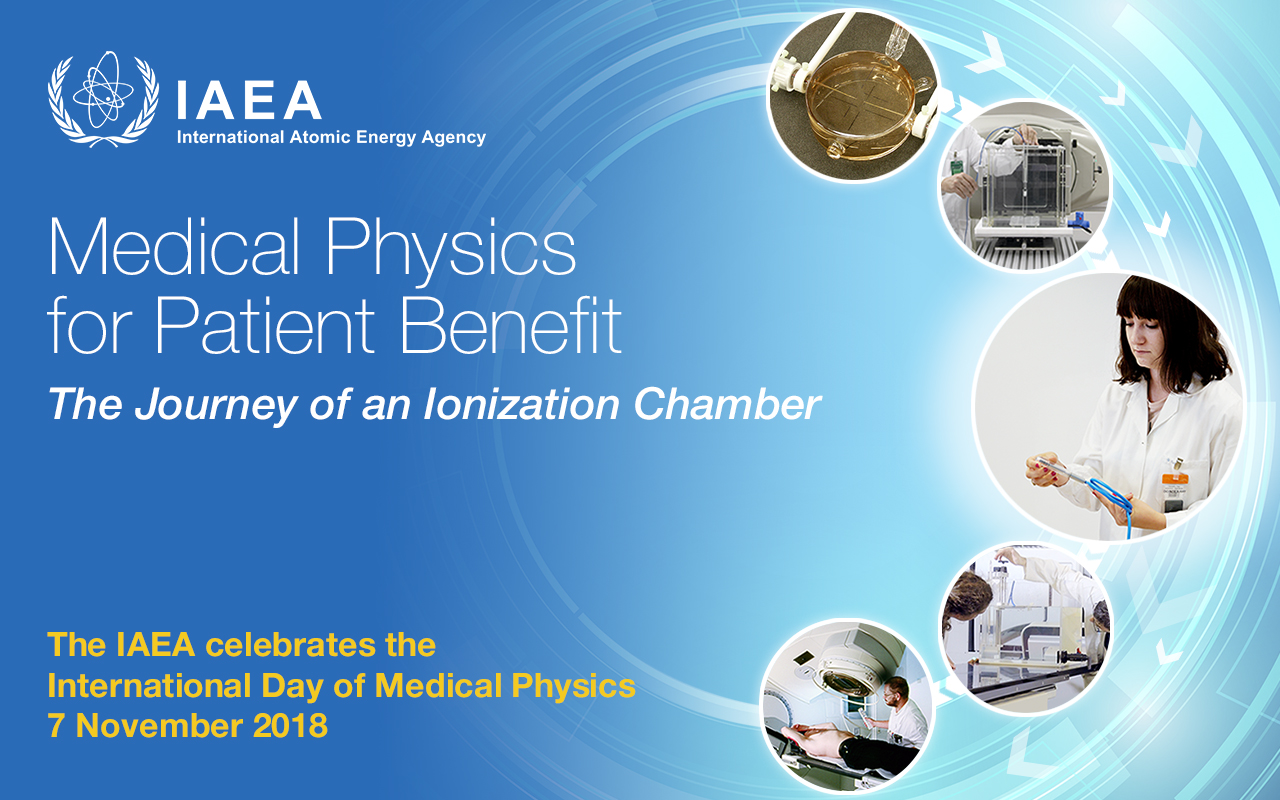 This year, the IAEA hosted a webinar at its Headquarters in Vienna with the title “The Journey of an Ionization Chamber”, during which the typical path of an ionization chamber was followed, from calibration to clinical dosimetry in the radiotherapy department of a hospital. During this journey, the synergy between Secondary Standards Dosimetry Laboratories (SSDL) and hospitals was highlighted, describing how accuracy in calibration links to the work of the Clinically Qualified Medical Physicist (CQMP) and the importance of this interaction for safe, quality and effective patient healthcare.

The event included opening remarks by the Director of the Division of Human Health at the IAEA, Ms May Abdel-Wahab and presentations were given by Ms Cecilia Kessler from the Bureau International des Poids et Mesures (BIPM) and Ms Paula Toroi, SSDL Officer at the IAEA. Videos explaining the use of the ionization chambers in the hospital and the essential role of the clinically qualified medical physicists in the quality and effectiveness of radiotherapy treatment were sent by the medical physicists of the Maggiore Hospital in Trieste, Italy.

Mr Festo Kiragga, originally from Uganda, is currently completing his clinical training at the Maggiore Hospital in Trieste, in the framework of the Master of Advanced Studies in Medical Physics, run jointly by International Centre for Theoretical Physics (ICTP) and the University of Trieste. His studies are being supported by the IAEA. The programme aims at addressing the scarcity of these professionals in many countries and is based on IAEA and AFRA recommendations for education and training of clinically qualified medical physicists.

Salutation messages were also delivered by Ms Debbie van der Merwe, Head of the Dosimetry and Medical Radiation Physics (DMRP) Section at the IAEA, Mr Madan Rehani, President of the IOMP and Mr Seeven Mootoosamy, the Chief Medical Physicist of the Victoria Hospital in Mauritius.

The whole panel discussion can be viewed by clicking on the links below:

The ionization chamber in the radiotherapy department: the role of the clinically qualified medical physicist (Medical Physics Department of the Maggiore Hospital of Trieste, Italy):

IDMP celebration in Nigeria. At the centre of the top photo: Mr Taofeeq Ige, President of the Federation of African Medical Physics Organizations (FAMPO)

Radiotherapy Department, Hospital Sirio-Libanes, Sao Paulo, Brazil, connecting with the live webinar of the IDMP taking place at the IAEA in Vienna